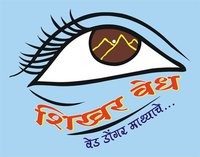 Sri Kshetra Akkalkot – Believed to be an incarnation of Shri Dattatreya the name of this spiritual master, popularly called Swami Samarth, is a household word in Maharashtra and the region around. As this Perfect Master chose to reside at a place called Akkalkot for 22 years where he took Mahasamadhi (left his mortal body) in 1878, he is also known as the Maharaj of Akkalkot, Akkalkot is situated in district Solapur of Maharashtra state of India.
Sri Kshetra Gangapur, One of the most famous Dattatreya Peethas, is associated with Sri Narsimha Saraswati Swami, an incarnation of Lord Dattatray. It stands on the bank of the river Bhima in Afzalpur taluka in Gulbarga district of Karnataka. This Nirguna Math is adorned with the Nirguna Padukas. The water of the rivers Bhima and Amaraja, especially at the spot of their confluence, are considered extremely holy.

Sri Kshetra Tuljapur, the one amongst three and half Shakti Peethas  (abodes of cosmic powers) of the state, is situated in Maharashtra, wherein resides the Mother Goddess Tulja Bhavani.  the temple enjoys a special association with the Bhosale clan to which Chatrapati Shivaji Maharaj belonged. Goddess Bhavani was the family deity of the Bhosale clan

Sri Kshetra Pandharpur is one of the most prominent pilgrimage sites in Maharashtra. It is located on the banks of the Bhimā river, which is alternatively known as Chandrabhaga because of its half-moon-like shape. The city is named after a merchant, Pandarika, who achieved self-realization there. Pandharpur, also known as Pandhari, hosts the renowned Vitthal Temple on the banks of Bhimā.

Last date for registration: – 4 days prior to departure OR Till Reg. Gets Full

Things To Carry:-
.
A Water Bottle (~2 Ltrs) (a must)
Cap, Extra pair of Clothes, a Towel etc.(a must)
Camera, Cell Phone, (Optional)
Pls avoid wearing Gold and other ornaments
Some ready to eat food. Plum cakes, Biscuits etc.
Personal basic medical kit (Containing an antiseptic, few bandages, personal medications if any, Antibiotics for stomach infection)
.
A haversack to put all these things
.
For confirmation pls reply here or do contact on
Jagadish Patil: 09702121373 / 09869369836
.
Also join us @
.
Facebook Group: https://www.facebook.com/groups/shikharvedh/